There’s just one problem with all the attention and money going to “new media,” whether it’s Spotify or YouTube: They’re not nearly as huge and ubiquitous as the boring, old media they are supposed to be replacing. 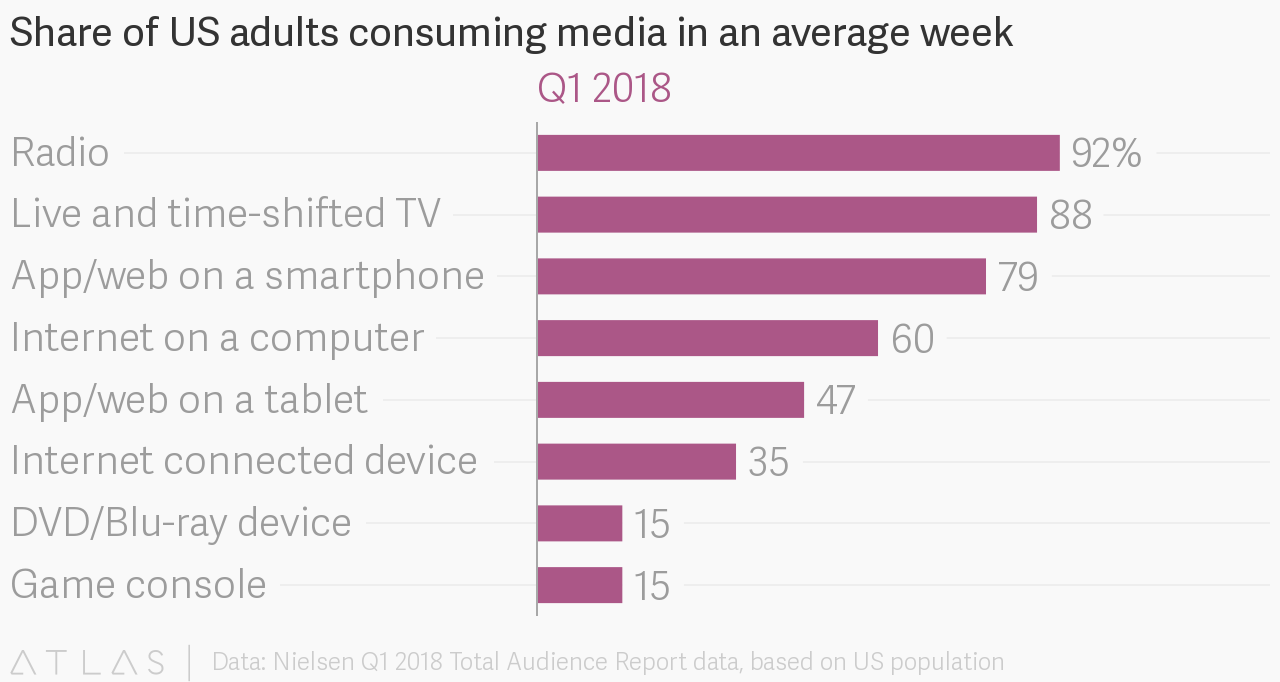 We already know that Radio’s reach is larger even than the cell phone. 93% of Americans, all age groups, listen to Radio at least once a week.

And now the news that “linear TV dominates Americans’ time spent viewing and is on the rise, according to a new report from Nielsen.”

“All of those numbers were up from the previous two quarters.”

Even when we watch Netflix or Hulu, we do it on our television sets, not our phones or computers.

You can read all about it HERE and HERE.